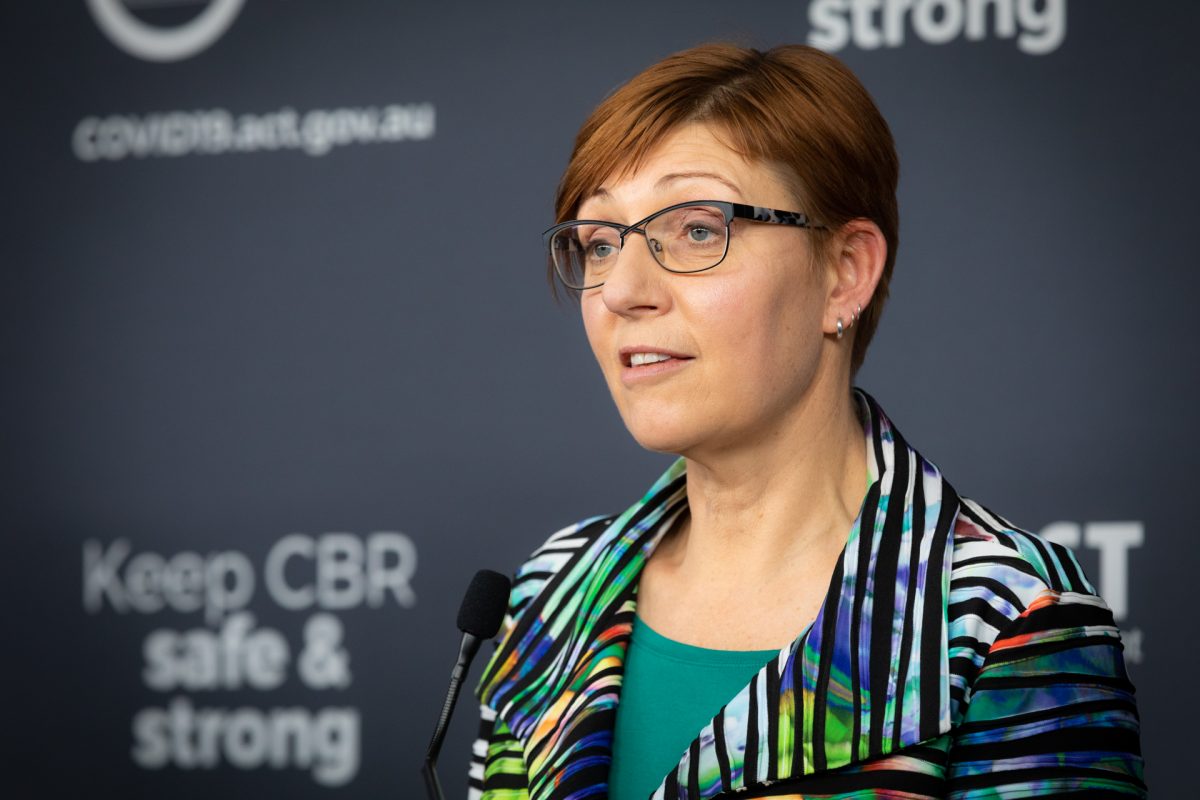 Minister for Health Rachel Stephen-Smith says releasing one lot of modelling is only “one piece of the puzzle”. Photo: Michelle Kroll.

The ACT has recorded 1007 (609 PCR and 398 RAT) new COVID-19 infections in the 24 hours to 8 pm last night as health authorities face questioning over the release of COVID-19 modelling.

Today, there are 147 patients in the Territory’s hospitals. Of these, one is in intensive care but no one requires ventilation.

Minister for Health Rachel Stephen-Smith said earlier this week she was “uncertain” about where the Territory’s current wave of the pandemic – driven by the spread of BA.4 and BA.5 – was heading.

ACT Chief Health Officer Dr Kerryn Coleman said in early July the Territory’s COVID-19 wave could peak around the end of July and early August with daily tallies as high as 3000 cases.

But some epidemiologists have said this is now unlikely and the wave seems to have peaked. On the other hand, the Health Directorate and the Australian Medical Association ACT branch said it’s too early to call given the uncertainty around what the return to school could bring in terms of case numbers.

ACT Health earlier this week confirmed its latest modelling from both the Doherty Institute and the ANU said the wave could peak in mid-August to mid-September with 2000 to 3000 cases a day.

This confusion has sparked calls for authorities to release the national Doherty Institute modelling and the ACT Government-commissioned ANU modelling.

A spokesperson for the Federal Health Department told Region on Wednesday the Doherty modelling could not be released.

ACT Health has so far been unable to release the ANU modelling, with Ms Stephen-Smith yesterday warning against releasing it separately from the Doherty modelling.

“Different modelling is showing different projections in terms of where the pandemic is going, whether we’ve already peaked, whether we’re going to peak in Omicron cases through August and September and what that looks like in terms of actual cases versus reported cases,” she said.

“It’s only one piece of the puzzle – so it is an active conversation about how we release that modelling – but I think it would be better if we’re going to release modelling if we can actually do that in a coordinated way.”

Health noted that an additional 74 RAT notifications were received after the reporting cut-off which will be reported tomorrow.

There are now 5590 known active infections in the Territory and a total of 189,603 COVID-19 cases have been recorded since the pandemic began.

There are now 2257 people in hospital with the virus and 67 people in ICUs around the state.

Victoria has reported 107 deaths overnight and 10,898 cases of COVID-19. The Victorian Department of Health has stressed those deaths did not all occur in the latest reporting period and 105 date back to the beginning of the month. They are only being reported now due to a data feed issue.

The average daily death toll in Victoria over the past fortnight is 19.

There are now 813 people hospitalised with the virus and 32 patients are in the state’s intensive care units.

Manchin and Schumer strike a deal on a climate, health care

How to Use the Macd Indicator in Your Trading

How 3D Printing Is Set to Revolutionize Personalized

Monkeypox: What nurses need to know